With new kits and 70 degree weather, Cal Aggie would not disappoint.  Being the season opener with warm temps I was hoping for a good turnout.  Our squad and Thirstybear were the two dominant teams present for the day.  We discussed the tactics prior to go time and kept the plan simple, making sure we stayed attentive to every move Thirstybear was in and were happy with our guys going up the road in a decisive move, or having it come down to a field sprint as we had some cards to play.

Antics started from the gun.  Thirstybear was intent to get a group up the road. We covered and had great representation each time.  Seemed like a decent move went up the road and we joined blocking with Thirstybear having Nate Dunn in the break, until he wasn’t in the break.    Luckily it all came back together but then Michael Claudio of Thirstybear slipped off the front with 5 to go.  We weren’t too concerned, although he has the power to TT for a while, and figured there would be other teams willing to not settle for pack finishes.  The pace was ridiculously slow as no one came to help and Thirstybear did a great job blocking on the front.  With 3 to go, our guys started taking pulls and closing the gap.

As a spectator this was one of those iconic finishes where the lone rider has been off the front and the peloton is closing in the final meters.  I found Tyler’s wheel early on and knew Thirstybear would contend the sprint as they seemed organized to do so. Tyler with his magical touch keeping us in the right spots with me staying glued surfed well as he brought me into the final corner in perfect position.  I had let Joe from Thirstybear slide in between us as I didn’t want him taking advantage of my draft in the sprint.  We hit the gas out of the corner and drag raced to the line with us taking the field sprint. 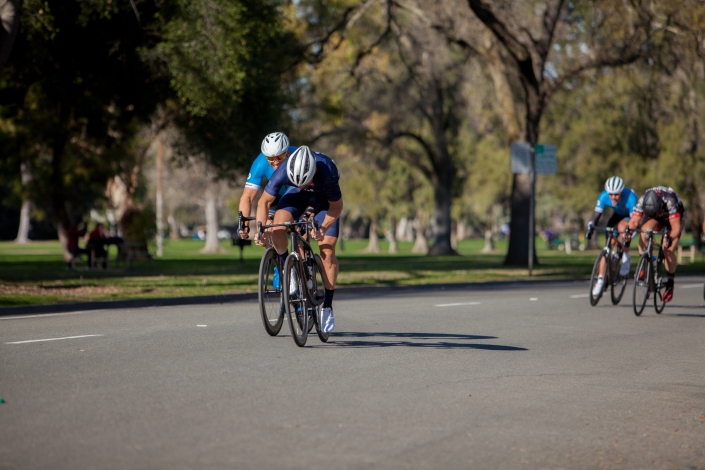 Back to the Iconic finish comment earlier.  After review of the video and photos, Michael Claudio was able to hold the peloton off with only a few meters giving us 2nd place with Thristybear 1st.

Stoked with the first result of the year. 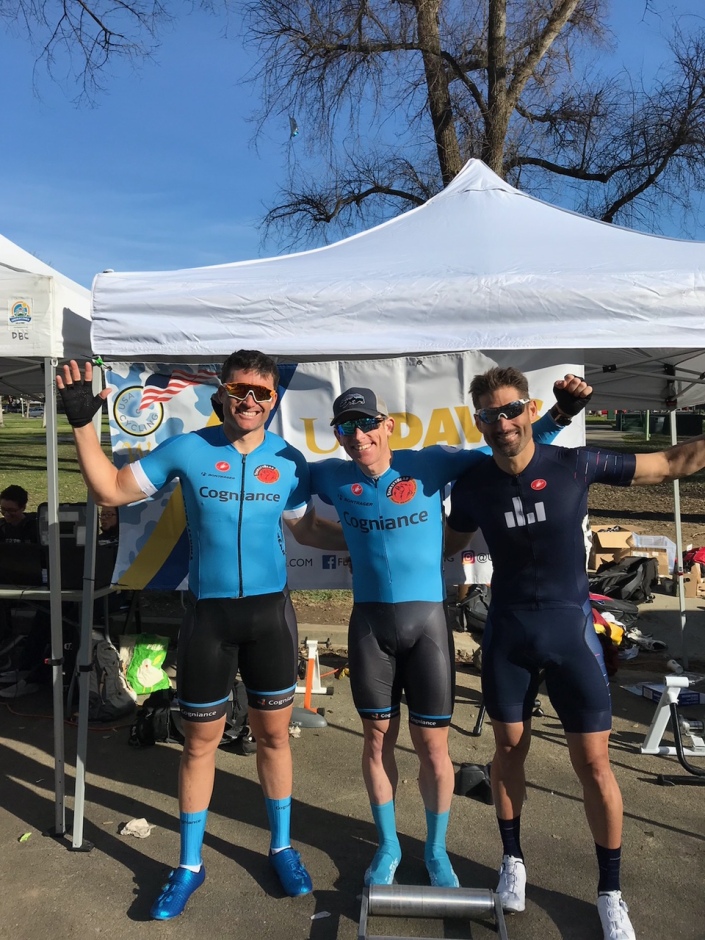